What a Bagel (Richmond Hill) [Updated!] 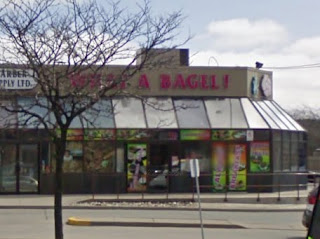 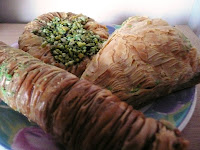 [Update: What a Bagel recently changed locations. Actually, I thought they'd closed down for good and, purely by luck, I found they'd simply moved to nearby Bathurst/Rutherford Rd; however it's a far cry from "one of the best bakeries in the GTA", as I called it many years ago. Most products have disappeared as of the most recent update, many aren't very generous at all in terms of fillings, and the cakes -- without a doubt the highlight of any trip -- are trying to look the same, but it's clear they're not made by the same person nor are they of the same quality. They're lacklustre, at most. Dry, mismatched layer and all uniform in appearance with the same sticky, unpleasant coating. I didn't enjoy the latest one at all and I'm not sure if I'll be returning to this new spot]

Get ready for this one: What a Bagel is probably one of the best bakeries, in the Toronto area. Keep in mind that, although this is a chain of several locations, I'm only referring to this location in particular. I discovered this place purely by chance (we were actually hunting for the new Korean supermarket that had opened, H-mart, and popped into this place in the same plaza for some bagels... and I was blown away. Really, it's tragic that the majority of people that shop here come here exclusively for the bagels, because their wide selection of Eastern European baked goods is... amazing! 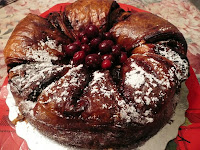 In this little place (they did expand a short while ago) you have everything, and on top of that, their on-site pastry chef makes the tastiest, most beautiful cakes. If you won't come for anything else, try a stunning cake ($27). This isn't your supermarket cake with layers of vanilla cake, cool whip and disgusting icing on top. Actually, this is pretty much as far as you'll get from that: multiple layers of nutty doughs, whole pieces of fruit, delicious mousse and creams, topped with soft, meringue-based or rich, flavourful icing. Sadly, I've been taking these pics for years now, so I'm not sure which is which, so you're treated to a gallery's worth. ;) 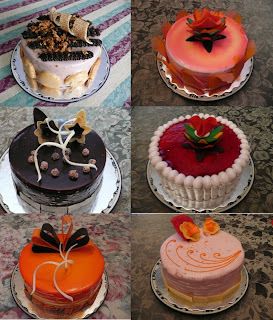 Besides this, I highly recommend all the baked goods, and are definitely worth a try, especially if you don't want to invest in the cake. My fave, which you might have expected, is their gigantic, extra generous poppy seed bun ($2.20, pictured); the best I've ever had. Period. :) Places are usually super skimpy on the poppy seed, but this is completely slathered in it and the buttery mass is perfect! Waahhh, I love it! ^__^ ... Which is why I'm so devastated to find that this, more than any other baked good, has just taken a big turn for the worse. Not only is it a third of the size, it's so sloppily rolled and really doughy. Still generous on the poppy seed, but not as much as in the past. I wish they would just raise the price. Seeing my photo and the one I had today, omg, I'm pretty disappointed!!! :( 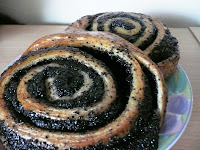 Other special mentions include their Berry Ring ($9), which I'd been waiting forever to try and it was worth it: flaky dough folded in with oodles of homemade berry jam and dusted with powdered sugar.

My brothers' favourites include Kefli (~$2.25, pictured), which doesn't look so photogenic, but is apparently very good (I've never tried it) and weighs a ton. It's dough rolled with nuts and fruit jam, I believe, with a bit of crumble on top. This is the thing both of them every time we come here, and even when you propose to them something else, they refuse and take the kefli anyways. O.o 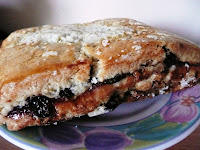 On a recent trip, my youngest brother decided to try their baklava ($1.99?/each; ) and took one of each shape, excluding one or two. Supposedly, they were also very good.

Anyways, just GO to this place and try something, anything, everything! You won't regret it, I promise you. ^__^v 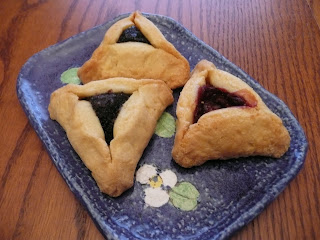 [NEW! NEW!]  So What a Bagel! renovated a while back, though it took me a long time to actually update this and share the news. Sadly, with the latest renovation (including table service at the seating area) things just seem to wow me less and less. Many baked goods have changed or disappeared. To my absolute despair, the poppy seed bun is gone. Vanished. Nonexistent. ;___; Fillings in the larger items (the poppy seed cake is still there, but I think the berry one is likewise gone) have gotten a tad skimpier. As one may expect from most renovations, prices have gone up on everything. The cakes (the ones sold in the case) are still as amazing as ever, with the outside constantly evolving -- if it weren't for these stunning cakes -- the best "cakes" I've ever had -- I don't know how willing I'd be to still keep this "best bakery" honour. I'm a little saddened with the changes this place has through in the years I've been going to it. :(

Mimi
Hello and welcome to 'Mimi's Cake Tour', a site dedicated to scouring the world (somewhat... I don't have that sort of money :D) for the greatest and yummiest cakes, pastries, baked goods, and tasty treats! I'm Mimi, your tour guide. ^^ Here, you'll find (hopefully) helpful and in-depth reviews of bakeries and other places where you can buy your goodies. Bon appetit~! ^.^

Mimi's Cake Tour on the Map!!